If you’re new to Lightwave v9, like I am some of the basics in the program, are a little odd.

One of the commands that I thought should be a no brainer is how to select all the points, polygons, edges on an object if you have more then 1 object in a layer. I watched a video about performing the Speed Boolean operation to subtract a disc from a sphere. One of the steps in the video is selecting the disc. The disc is in the middle of the sphere surrounded by polygons. So how do you select all those polygons quickly?

With this in mind, doing a Speed Boolean is so much faster then before. You can visit Newtek’s website at http://www.newtek.com/lightwave/tutorials/videos/index.php and watch the video tutorial on Speed Booleans.

I like the Lightwave buttons for Points. Edges, and Polygons so why can’t we get a buttons called “Object” to put down there too?
I’d love just to click the objects button and then click a polygon on an object to select all of the polys. 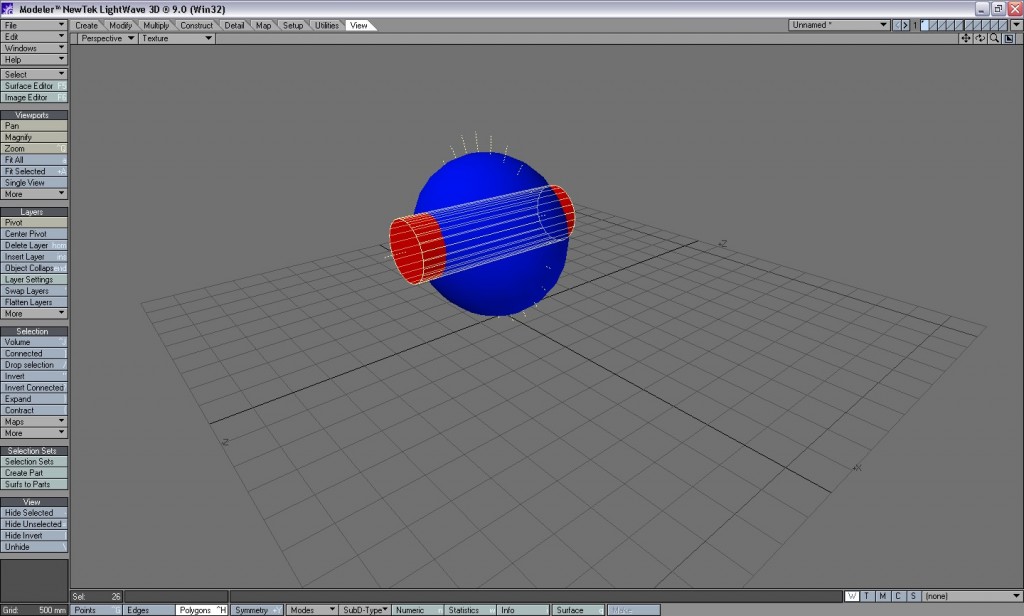